Open Card Printing is technology dating back when metal and card embossers were in use.  In those days, mainframe computers would send text commands to embossers to personalize a card or tag.  There was no device driver between the mainframe and the embosser.  Open Card Printing was typically used by large producers of cards such as insurance companies, healthcare providers, financial institutions, and the gaming industry for casino player cards.

Open card printing technology requires some intelligence on the printer.  The printer has to be able to interpret the text data to produce an acceptable player card, day after day.  Traditional suppliers of open card printers offered solutions that were difficult to install, modify and maintain.

They required multiple setting changes on the printer using only two or three buttons to navigate a long and confusing decision tree.  Casinos were so put off by these difficult requirements that they often outsourced the installation, setup, and maintenance costing, them thousands of extra dollars a year.

IDP, interested in the market, studied the current challenges the end users experienced and introduced the SOLID-500 OC printer in 2014.  The printer was revolutionary and well received.  IDP and its partners created a system with an exclusive XPress Connect Hot Swap Technology and software app to simply and quickly configure a printer to work in any legacy environment.  The SOLID-500 OC was so adaptable that – to this day – never failed to work in a legacy environment.

Today, the SOLID-500 OC has been updated to the SOLID-510 OC.  The new printer offers a larger card feed hopper, Wi-Fi options and remains the only metal-framed printer in the industry.  Customers have saved thousands of dollars by reducing their downtime and eliminating expensive service plans.

What is the SOLID-510 OC Player Card Printer?

Trusted by hundreds of casinos across the U.S., the SOLID-510 OC player card printer makes it easy for you to get up and running, improve uptime, and quickly add or replace printers in your casino. The SOLID-510 OC is here to make printing player cards as seamless as possible.

How does the SOLID-510 OC Help Casinos?

CHECK OUT THE SOLID-510 OC FOR YOURSELF WITH OUR FREE PILOT PROGRAM.

How do you get a Free Trial Printer?

100% free? That’s right. We know that replacing printers can be a headache, so we’ve designed a free pilot program where you can try out one of our casino printers for 30 days and easily compare it your current printers.

HOW DOES IT WORK? 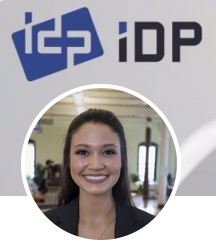